'I grabbed her by the neck, and I pushed her down,' Markeith Loyd testifies

ORLANDO, Fla. — Prosecutors rested their case Monday and Markeith Loyd spent hours on the stand testifying in his murder trial.

Loyd has been charged with first-degree murder in the December 2016 shooting death of Sade Dixon, his pregnant ex-girlfriend.

Loyd, who was fitted with a stun cuff, testified Monday that he was addicted to Facebook and often livestreamed videos of himself on the social media platform.

More from the Markeith Loyd trial.

He described to his lawyer what he looks for in a woman.

"What you got to offer to a relationship? What your credit score is?" Loyd said during testimony.

He said he met Dixon through Facebook after she sent him a friend request.

Defense attorneys played several videos of Loyd and Dixon recorded weeks before her death, including one of them joking with one another while lying in bed.

Dixon was seeking recommendations for a hairstylist in the Facebook Live video.

Dixon's mother closed her eyes and listened to her daughter's voice while the videos were played, and Loyd swiveled back and forth in a chair while on the stand.

Judge: “She’s clearly been influenced by an unnecessary comment made by one of the deputies. She’s compromised and I believe she needs to be struck.”

In one of the videos, Loyd and Dixon joked about being from different neighborhoods, and he said she took out his gun.

His lawyers were trying to show jurors that Dixon also handled guns and that she and her brother provoked the shooting. 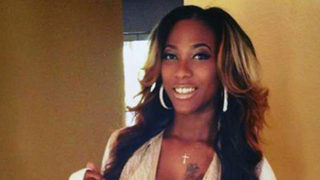 Loyd told jurors that he and Dixon had disagreements about smoking marijuana and eating meat.

"I grabbed her by the neck, and I pushed her down. And when I did that, I told her I was fixing to leave," he said. "I'm fixing to give you about two days to see if you'll fight for this love to see what you really want, or I'll go on about my business."

The couple broke up, but they exchanged text messages less than an hour before Dixon's death.

Watch the judge question jurors about a conversation they had below:

He said he thought she was going to have an abortion.

"I was going to leave her, but I didn't want her to abort the baby," Loyd said.

Click here for a full recap of Monday's proceedings, and watch Channel 9 Eyewitness News for live, in-depth coverage of the trial.

Who was George Floyd? 5 things to know about man who died in Minneapolis police custody

Coronavirus: Trump gives North Carolina governor a week to decide if RNC can stay in Charlotte