'We are all destroyed': Family mourns 17-year-old girl found dead in Kissimmee

'We are all destroyed': Family mourns 17-year-old girl found dead in Kissimmee
By: Kelly Healey
Updated: May 21, 2019 - 4:55 PM
Kissimmee police said they are investigating the death of a 17-year-old girl who was found inside a mobile home near South Hoagland Boulevard.
Police said a friend was checking on Coralis Enid Remigio Rivera at about 7 p.m. Sunday at the Country Life mobile home park when the friend discovered the girl's body.
“We are all destroyed," said Brenda Remigio, Rivera's aunt. "Coralis was a very good girl, very affectionate. She was the baby of the house."
Content Continues Below

“This takes everybody by surprise. Every neighbor is surprised about it, because whatever happened in that trailer, happened very, very, very quietly,” neighbor Ricardo Fernadez said.

Investigators said the girl's biological family moved out of the state in January. A man known to the family has been living at the mobile home with Rivera since then, police said.

Investigators said they have contacted her roommate and said he is cooperating with the investigation.

"The circumstances were incredibly suspicious, and that's why we're handling this as a homicide investigation," said Bailey Myers, a police spokeswoman. "Our hope right now is to get answers for the family."

Police said that they believe Rivera's death is an isolated incident.

"It's terrible what happened," said Caida Birella, Rivera's former stepmother. "She's only a 17-year-old daughter and we love her so much." 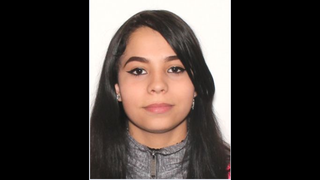 Neighbors have been left worried with no arrests in the case.

"I think it's pretty scary cause I don't know if my family is safe," said neighbor Miguel Martinez.

Detectives said they have established a timeline of Rivera's movements in recent days.

Police have not released how Rivera died.

Oklahoma man sentenced to life for kidnapping stepdaughter, holding her captive for 19 years