Orlando boy reunited with dad after being abducted at gunpoint by mother, police say

VIDEO: Orlando boy reunited with dad after being abducted at gunpoint by mother, police say A woman accused of abducting her 2-year-old son from his father?s home has been denied bail by a Volusia County judge.??

By Kelly Healey, Sarah Wilson and Katlyn Brieskorn
October 10, 2019 at 6:20 pm EDT
A woman accused of abducting her 2-year-old son from his father’s home has been denied bail by a Volusia County judge.
Jenzell Cintron Perez was found Wednesday afternoon in DeLand with his mother, Sugey Perez Diaz, 33. Diaz abducted Jenzell at gunpoint from his home on South Conway Road in Orlando, police said.
Diaz was arrested on charges of armed burglary and aggravated assault.
Jenzell was returned unharmed to his father, Juan Cintron, and his stepmother, Stephanie Maldonado.
“There were hugs, laughs and kisses,” Maldonado said. “(It’s) heaven-like to have my two babies again."

Maldonado said Jenzell was taken at gunpoint at about 11 p.m. Tuesday when Diaz kicked in the back door of the family's Metro Michigan Park apartment.
"She told me to shut up and not to move, and she would kill me," Maldonado said.
Maldonado said she and Cintron are relieved Jenzell is home.
"Love him, kiss him, you know, what a parent would do," she said.
The boy's father was not at home at the time of the alleged kidnapping, officials said.

“There is no custody agreement in place at this time,” police said. "DCF was involved. What had been negotiated between the parents was a voluntary custody order whereby the father was in custody of the child."
According to an incident report filed by Orlando police, “One year ago, DCF removed Jenzell Perez from Sugey Diaz and gave his father Juan Luis Cintron full custody. Recently, Sugey Diaz has been given controlled visitations.”
Police said they are seeking to identify a man who was with Diaz during the abduction.
The police report said Diaz took pictures of Jenzell and sent them to his father to prove the child was OK.
Orlando police said the mother was also sending taunting videos to the father, bragging about her new life.

Maldonado sent a video to Channel 9 that shows Perez-Diaz talking about living the high life.

"Tell them how the baby is going to live like now, look, like a king," Perez-Diaz said. "Whenever you want, you can do whatever you want. Here we live like millionaires. We are millionaires."
Police said Diaz and the unidentified man stole a PlayStation 4, a digital notebook, and a gold chain. The stolen goods are valued at about $36,500, authorities said.

Thank you for everyone’s assistance. Mother and child have been located. The child is in good health and the mother has been arrested. https://t.co/8Gc4idnzwq

It's moments like these, happy endings, why we do what we do. We can not express enough, how thankful we are for the officers, detectives, media, the public, and assisting agencies for your help in locating Jenzell. pic.twitter.com/HoMdziBu38

According to records, the Department of Children and Families previously investigated allegations of child abuse within the family, but found that those claims were unsubstantiated.
Officials said Perez-Diaz will be brought back to Orange County in the next 10 days, but remains held without bail. 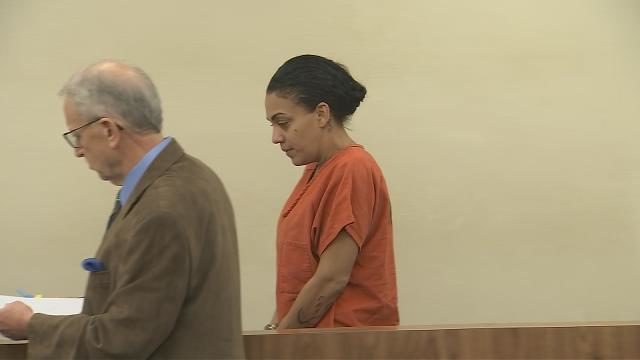 Central Floridians questioned why they did not receive an Amber Alert notification on their phone Wednesday morning when the toddler was reported missing.
FDLE said Orlando police first contacted them around midnight, and that by 4:30 a.m., information about the abduction was shared with law enforcement, and the media and was on social media.
FDLE said Orlando police asked them to delay sending the Amber Alert to cellphones, so they could first follow up on leads.
The cellphone alerts were sent at 11 a.m.