By Sarah Wilson and Sarahbeth Ackerman
September 11, 2019 at 10:58 pm EDT
A jury found retired U.S. Marine Everett Miller guilty Wednesday of killing two Kissimmee police officers in 2017.
"Guilty of first-degree premeditated murder, " the jury foreman read aloud.
Miller was found guilty of shooting and killing Officer Matthew Baxter and Sgt. Sam Howard.
“Justice has been served, and I'm truly, truly honored to be part of this community and to continue to serve, myself,” Baxter’s widow, Sadie Baxter said.
READ: Witness refuses to testify in accused Kissimmee cop killer case
Sadie Baxter, who is also a law enforcement officer, attended the trial every day.
“I can't stay relieved because there's more to come, but we've closed this chapter and many more chapters are to come,” she said.
Throughout the 15-day trial, prosecutors have said hatred for law enforcement motivated Miller, and that its evidence showed the killings were premeditated. But the defense argued for second-degree murder, saying it was done in the heat of passion.
“That moment, as a result of that sudden instant, does not establish premeditation,” defense attorney Frank Bankowitz said.
But a jury did not agree as the first-degree premeditated murder conviction was handed down. 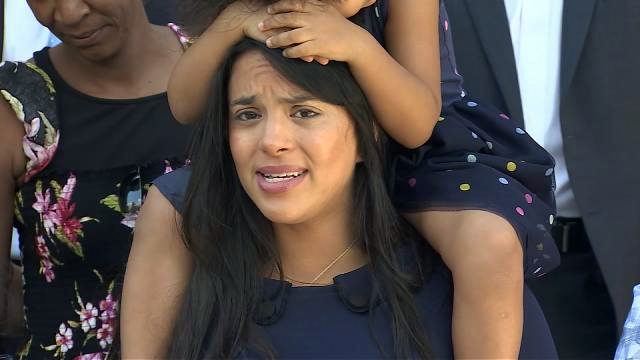 Moments after the verdict was read. Tears from family and friends of Sgt. Howard and Officer Baxter @WFTV @JDealWFTV is in the courtroom now. https://t.co/SYqvGn4LD7 pic.twitter.com/DKS7zSw565

Family seeks answers after woman hit multiple times on I-4

Janitor, 72, gets trapped in inmate holding cell without food for 3 days while cleaning courthouse

FHP: Man struck and killed by bus on Universal Boulevard in Orlando