Comcast CEO Brian Roberts said the park will be called Universal's Epic Universe and will be located a couple miles away from the existing Universal Orlando Resort.

Tom Williams, CEO of Universal Parks, said the park will add 14,000 jobs to Orange County with the base pay starting at $15 an hour.

Read: What we know about Universal Orlando's new theme park

According to a map released by Universal Orlando, the new 750-acre theme park will be located on the other side of Kirkman Road and Interstate 4 from the existing resort. Universal says the new expansion will nearly double Universal's footprint in Orange County.

Williams said the new area will be an entertainment center with hotels, shops and restaurants.

What he didn't say is what themes the new areas will have. Rumors have swirled about a possible Nintendo-themed land, classic monsters or even more "Harry Potter."

No matter what the themes end up being, Williams said the new park will help Universal Orlando Resort win the battle to attract visitors flocking to the Orlando area.

Williams joked that last he checked, "A universe is a little bigger than a world."​​​ 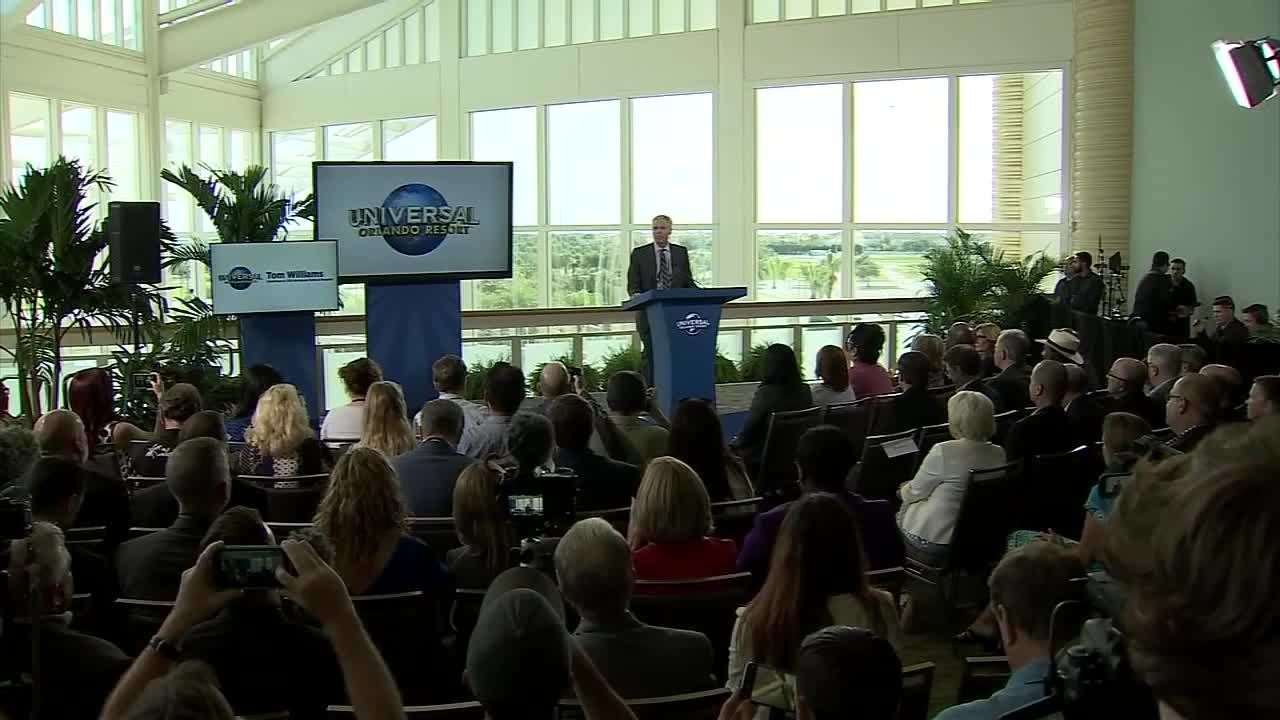 See the construction site from Skywitness 9: