Things you might not know about Friday the 13th

13 Things You Didn't Know About Friday the 13th The number 13 has been considered unlucky as far back as biblical times. (NCD)

Friday the 13th is known around the U.S. as a mysterious day with the potential to bring bad luck and inexplicable occurrences.

Here are some facts about the day of superstition:

Its roots may be in Christianity.

Michael Bailey, a history professor at Iowa State University who specializes in the origins of superstitions, told USA Today in 2015 that ever since Jesus was crucified on a Friday, the day has been associated with "general ill omen."

Stuart Vyse, a psychology professor at Connecticut College, told USA Today that 13 guests are believed to have attended the Last Supper the night before Jesus was killed. The disciple who betrayed Jesus is believed to have been the 13th guest.

You're not more likely to go to the hospital.

A study published in World Journal of Surgery in 2011 found that there's no link between Friday the 13th and an increase of blood loss or the frequency of emergency room visits on that day.

"Our data indicate that such beliefs are myths far beyond reality," the study said.

Some people have a fear of the actual day when Friday falls on a month's 13th day.

Outer space is affected by Friday the 13th too.

According to NASA, a large asteroid will fly close enough to the Earth to be visible without a telescope in Africa, Europe and Asia on Friday, April 13, 2029.

Singer Taylor Swift has a special connection to the number 13. 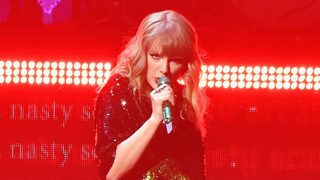